Fiji is an archipelago of more than 300 islands (110 of which are inhabited), spread out across the warm waters of the South Pacific Ocean. The main island of Viti Levu is home to the bustling capital Suva and laid-back tourist hub of Nadi, while Vanua Levu and Taveuni to the north retain a more rural economy. On the western side of Viti Levu, the idyllic islands of the Mamanucas scatter off the coast, while the less-developed Yasawa Island group offer a more rustic travel experience.

Despite the fierce efforts of local tribes, the islands were colonized by the British in the late 19th century. With a law enforced which disallowed the use of “native” labor, Indians were brought over to work the British-run sugar plantations and their descendants make up a significant proportion of the otherwise Melanesian population today. While their ancestors are known to have had cannibalistic tendencies, the Fijians are renowned for their welcoming smiles and friendliness, with the greeting “Bula” ringing loud and clear to every visitor.

Fiji has long been dubbed the “Pearl of the Pacific”, and with its rugged landscapes, idyllic tropical beaches and crystal clear lagoons, it’s easy to see why. It is lauded by divers as the “soft coral capital of the world” for its diversity of species, while surfers while find their calling at the legendary “Cloudbreak”.

Fiji also has one of the most established tourism industries in the South Pacific, with a whole range of accommodation available from rustic thatched huts to luxury 5-star resorts. While there are so many activities to keep adventurous travelers busy, in Fiji relaxation is almost contagious, making it the perfect destination to get away from it all.

Fiji’s location in the Pacific Ocean results in a tropical climate, with two distinct seasons and warm-hot year-round temperatures. November through to March is considered the wet season, with warm temperatures between 80-86°F (27-30°C) and heavy daily downpours. This also coincides with cyclone season (December-February), with a week of heavy rains and gale-force winds usually hitting about once a year.

The months of April through to October experience cooler temperatures and less rainfall, ideal for enjoying the warm waters and coral reefs which surround the archipelago, together with the best surf conditions. This is the peak tourist season in Fiji, together with the Christmas/New Year’s Eve period, when many Australian and New Zealand visitors escape for a short break and resort prices tend to inflate.

Traditional Fijian cuisine draws predominantly on coconut milk, rice, taro, cassava, sweet potatoes and breadfruit, together with the abundance of fish and seafood from the surrounding waters. But the influx of Indian laborers brought to the country by the British colonial government in the late 19th century has also had a strong influence on the country, with plenty of restaurants where you can dine on traditional Indian cuisine.

Perhaps the most traditional of Fijian culinary traditions is the lovo - an underground oven lined with coconut husks and covered with stones. Meat, fish and vegetables are wrapped in banana leaves and placed on top of the hot stones, left to slow cook for a couple of hours.

The national drink of Fiji is undoubtedly kava, made from the root of the pepper plant mixed with water and having a slightly narcotic effect. It is traditionally drunk by men before meals and during all ceremonial occasions.

Sigatoka Sand Dunes - Located at the mouth of the Sigatoka River are these towering sand dunes, formed over thousands of years by continual erosion. While pottery dating back more than 2500 years and the Pacific’s largest burial site make the Sigatoka Sand Dunes an archaeologists dream, most visitors come to sand board down the steep slopes and take in the coastal views.

Suva - The capital of Fiji is Suva, a lively mix of British colonial architecture, Indian bazaars and curry houses, together with a laid-back Polynesian vibe. The Fiji Museum is a great place to start if you want to soak up the island’s history of cannibalistic tribes and warring villages, set within the Victorian-era Thurston Gardens. While the modern architecture of the newly-opened Parliament of Fiji and exhibition halls display ancient relics and cultural artifacts.

Nadi - The main tourist hub and entry point for many visitors to the country is Nadi, right on the doorstep of the upmarket Denarau Island resort and the gateway for cruises to the Mamanuca and Yasawa Islands. While the town itself is fairly ramshackle, it is home to the largest Hindu temple in the southern hemisphere - the Sri Siva Subramaniya Temple - which is dedicated to the deity Murugan and exhibits outstanding architectural variety.

Koroyanitu National Heritage Park - Situated just to the southeast of Lautoka, the Koroyanitu National Heritage Park is home to excellent walking trails that explore the natural rainforest and offer sightings of endemic birds. The most challenging walk in the park is to the summit of Mount Batilamu which towers 1163 meters and forms the belly of what is referred to as the “Sleeping Giant”. From the top, there are superb views all the way to the Yasawa Islands on a clear day. Alternatively, you can hike the two-hour trail to Savuione Falls which cascades to a deep swimming hole.

Mamanuca Islands - Situated to the west of Nadi are the Mamanuca Islands - a collection of 20 idyllic palm-fringed islands that are home to some of the country’s most exclusive resorts. They are surrounded by spectacular coral reefs which provide excellent snorkeling and scuba diving opportunities, while some of Fiji’s best windsurfing conditions are also found here.

Yasawa Islands - The remote and largely untouched Yasawas are a stark contrast to the upmarket resorts of the south. This collection of volcanic islands define Fiji’s western border, with rugged peaks, pristine beaches and a laid-back ambiance that make them a firm adventurer traveler favorite. Numerous cruise companies offer multi-day trips through the archipelago or you can kick back at one of the budget retreats that dot the islands.

Vanua Levu - Despite being far less tourist-oriented than its southern neighbor Viti Levu, Fiji’s second largest island still offers plenty for intrepid travelers. It has remained largely rural, with copra and sugar cane plantations covering the hills and hidden waterfalls waiting to be explored. The protected bay of Savusavu has long been a favorite for yachties, while the untouched forests of the Wasali Nature Reserve offer superb hiking, and the surrounding reefs house an outstanding diversity of soft corals.

Taveuni - Fiji’s third largest island is Taveuni, which lies just across the Somosomo Strait from Vanua Levu. In addition to outstanding scuba diving in the surrounding waters, Taveuni is home to the stunning landscapes of the Bouma National Heritage Park. Hike to the Tavoro Falls and swim at its base, go birdwatching along the Vidawa Forest Walk, and challenge yourself on the ascent to the Des Voeux Peak.

The official languages in Fiji are English, Fijian and Hindi, with English used in government and education, as well as throughout the main tourist spots. Fijian is part of the Malayo-Polynesian language family, and more than half of the population speak it as their first language. Fiji Hindi is spoken by most Fijians of Indian descent, combining Awadhi and Bhojpuri Hindi with Fijian and English words.

Every tourist to the country will be greeted with the welcoming expression “Bula!” which is always a good way to break the ice, no matter which language you are speaking.

The official currency of Fiji is the Fijian Dollar (FJD), but if you are staying in one of the country’s island resorts, then you could get away with paying for everything by credit card. There are a few ATMs in Nadi, Suva and Savusavu where you can get cash or you can exchange money on arrival at the airports or at private exchange offices and hotels.

Most travelers who come to Fiji are staying in beachside resorts that have a high level of security. But if you are visiting the urban centers of Suva and Nadi, be careful walking around after dark and alone. Violent muggings are not unheard of in these areas and the bars on home windows are testament to this.

Despite its tropical location, Fiji remains relatively disease free, with mosquito-borne diseases like dengue being the main issue. Always cover up and wear insect repellents at dusk to avoid being bitten. Tap water is generally safe to drink in both rural and urban areas.

While emergency medical care is satisfactory in Fiji, there are often long waits in public hospitals. Some conditions necessitate evacuation to New Zealand or Australia, so always travel with comprehensive insurance cover. 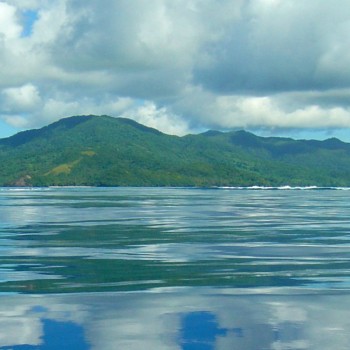 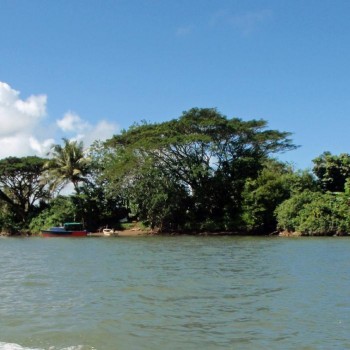