The Kingdom of Tonga is a proud Polynesian nation that stretches in a north-south line across the southern Pacific Ocean. It comprises around 170 islands, 36 of which are inhabited, and was dubbed the “Friendly Islands” by Captain Cook because of the warm reception he received on arrival in 1773. He was invited to the annual ‘inasi festival and perhaps misinterpreted the welcome, with rumor that the chiefs were planning to kill Cook but couldn’t agree on a plan.

Although Tonga was under British protected status for most of the 20th century, the country never abandoned its sovereignty and is today the last remaining Polynesian Kingdom. The Royal Palace in Nuku’alofa is where the ruling family of Tonga still reside today, with a history that can be traced back more than 1000 years. There’s also a scattering of ancient sites where Tonga’s long-established royal history is on show, together with lively markets and small villages where visitors can see how modern Tongans live. Today the majority of Tonga’s 103,000 population live on the main island, Tongatapu, home to the capital city Nuku’alofa. There’s a distinctively laid-back lifestyle about the Tongans, with family and celebration an integral part of their culture.

But for many visitors it is the natural beauty of Tonga that is the main draw - the limestone landscapes and protected lagoons of Tongatapu, the dramatic cliffs and rugged hiking trails of ‘Eua, the protected waters and uninhabited atolls of Vava’u, the active volcanoes and picture-perfect beaches of Ha’apai, and the remote tranquility of the Niuas. Tonga is also directly on the migration path of humpback whales and one of the best places to get up close and swim with these gentle giants between the months of June and November.

Tonga experiences a tropical climate throughout the year, although it does tend to be slightly cooler than other tropical areas due to the fresh sea breezes it receives. The wet summer season stretches from November through to April, with the heaviest rainfall usually in March. This also coincides with hurricane season, as Tonga lies within the southwestern Pacific cyclone belt. The rest of the year experiences sunnier and drier conditions, although showers are still common.

The peak tourist season is usually mid-December to mid-January when Tongans living abroad return for their annual vacation to spend time with family and friends. So if you plan on visiting during this period, you need to book your flights and accommodation well in advance. The months of May through to October also tend to be quite busy when the weather is more favorable for exploring the archipelago’s natural wonders. If you are coming to see the whales, then mid-July to late October offers the best chance of sightings.

The traditional Tongan diet is based around taro, yams, bananas, coconuts and seafood, with pigs also eaten on special occasions. In the past, Tongans ate just one main meal in the middle of the day, with leftovers eaten the following morning or fed to the pigs to fatten them up for ceremonies and celebrations. But as Tongans moved from an agricultural lifestyle to holding western-style jobs, the meal schedule has changed and the traditional method of earth oven cooking limited to special occasions.

Celebratory feasts are normally served on a long tray of plaited coconut fronds, with suckling pig, chicken, pork, crayfish and vegetables cooked in an umu underground oven served, alongside plenty of tropical fruits. Lu pulu is a popular umu dish, featuring meat and onions which are marinated in coconut milk and baked in taro leaves. When it comes to Tongan-style seafood, don’t miss feke (grilled octopus or squid in a coconut sauce) or ‘otai (raw fish marinated in lemon juice).

In the late-19th and early-20th centuries, westerners brought with them a whole range of new ingredients, including citrus fruits, watermelon, cassava, onions, cabbage, carrots and tomatoes. Canned corn beef, lamb belly and tuna have also become very popular across the islands in more recent years, together with flour and sugar, which are transformed into topai and served with a coconut milk syrup.

Like many nations across the Pacific Islands, kava is the traditional beverage, made from the root of the pepper plant and having a slightly narcotic effect. While it is drunk in male circles in a similar manner to beer in western cultures, it remains an important part of local cultural tradition.

Tongatapu - Tonga’s largest island is Tongatapu, home to the capital city Nuku’alofa and around two-thirds of the country’s population. The coastal blowholes at Houma are one of the island’s most impressive sights, dubbed Mapu ‘a Vaea, or “the chief’s whistle” because of the sound they make. While the beaches at Ha'atafu and Monotapu on the western side of the island, together with the lively Talamahu Market, are also worth a visit. For a glimpse into Tonga’s past, visit the ancient Langi, or terraced tombs, which date to around 1200AD and were built for the Tu’itonga spiritual kings, together with the Haʻamonga ʻa Maui stone trilithon, which exhibits similarities to Stonehenge.

‘Eua - Situated just to the southeast of Tongatapu is laid-back 'Eua, the geographically oldest island in the group and its highest in elevation. The rugged hills and lush rainforest of the ‘Eua National Park are crisscrossed with hiking trails, while the dramatic cliffs along the north provide a perfect vantage for watching seabirds ride the thermals. There are a few idyllic beaches along the west coast to kick back on and humpback whales are often spotted migrating along the coast between June and November.

Vava’u - This group of more than 50 islands lies to the north of Tongatapu, many of which are raised coral limestone or uninhabited coral atolls. The main town is picturesque Neiafu, home to a protected harbor that attracts plenty of yachts, while the surrounding crystal clear waters offer excellent diving. From June to November, Vava’u is one of the most popular bases for whale watching trips to spot migrating humpbacks, while kayaking past the dramatic limestone cliffs and pristine beaches, together with game fishing, allow you to truly soak up Vava’u’s natural beauty.

Ha’apai - Located between Tongatapu and Vava’u is the island group of Ha’apai, which comprises around 60 islands, only 20 of which are inhabited. These idyllic islands lie well off-the-beaten tourist track, with sprawling barrier reefs, active volcanoes, shallow lagoons and stunning beaches to discover. There’s only a scattering of hotels and guesthouses to choose from, but if you venture to Ha’apai you will have the islands largely to yourself.

The Niuas - Located in the far north of the Tongan archipelago are the three volcanic islands of the Niuas. The main island of Niuatoputapu is ringed by beautiful white sand beaches and has a population of around 1500, while the tiny island of Tafahi lies just to the northeast and the mostly northerly island, Niuafo-ou, is the tip of an underwater volcano. There’s limited accommodation on the Niuas and most visitors come on private yachts, but you’ll discover a rich Tongan culture and untouched natural paradise.

The official languages of Tonga are English and Tongan, with the latter an Austronesian language of the Polynesian branch. It is closely related to Hawaiian, Samoan, Tahitian, Maori and Niuean, and exhibits a distinctive accent. Most high schools now teach in English, however, and the language is widely spoken across the islands.

The official currency of Tonga is the Pa'anga (TOP), with numerous ATMs across Nuku’alofa and a scattering on the other islands. Visa and Diners Club are accepted at some hotels and large restaurants, although cash is still the preferred form of payment. Currency exchange facilities can be found at banks and major hotels, with travelers checks also accepted.

Medical care is of a good standard in Tonga, with government hospital in Vaiola (Tongatapu), Hihifo (Ha'apai) and Neiafu (Vava’u). Health clinics can treat minor ailments on the other islands, although evacuation to Australia, Hawaii or New Zealand may be required for more serious conditions. Always travel with comprehensive insurance, particularly if you want to be treated through the private medical system.

Crime levels are relatively low in Tonga, but not unheard of, with an increased gap between the wealthy and poor resulting in more burglaries and petty crime in the urban areas. 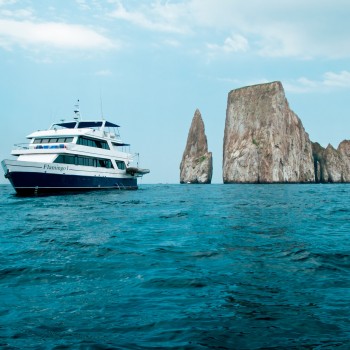