Jamaica is just one of many gems in the Caribbean. This beautiful and culturally diverse island that has an area of 4,411 square miles, is thriving with rich culture and beautiful scenery.  Known to be the innovators of reggae music, Jamaica has over time produced musical legends like Bob Marley, Jimmy Cliff and Peter Tosh. The country is booming in terms of musical diversity. The diversity of music, dance and folklore has evolved of the generations and withdraws its roots from the early settlers of the island, which include Africans, Chinese and Indians.

Not only is the music vibrant, but the people, the food and even the flora and fauna! One can expect to find a colourful array of beautiful flowers when visiting this beautiful island. One of the  colourful delights that can be found are the lignum vitae, which sports blue petals and is also the prided national flower of the country. Some other interesting flora are the Hibiscus which has green stems and can sport either red, yellow, pink or white petals; and  the Poinciana, which usually blooms in September and can be several different colors, including orange and yellow.

English is the official language of Jamaica, however most locals speak a broken English Creole called Patois, which sounds like a French word and is pronounced (pa-twa).  The origins of patois have been influenced by the languages of early settlers.  When one actually listens to a Jamaican deep in speech, you can identify words that sound Spanish, French and of course English!

The country is known to be involved in competitive sports and has developed National pride for being the Birth Place of the fastest man in the World. The famous Usain Bolt is from small town Sherwood, which can be found on the west end of the island. The area is known for it’s farming with yam and cassava being the most popular produce farmed.

When to travel - Weather

Jamaica has a tropical marine climate and is mostly sunny all year round.  Temperatures are usually within 80degrees, but the island is surrounded by sea and so the cool breeze usually makes the temperature feel cooler than it actually is. The weather is considered vacation friendly all year round, as it never gets to hot or too cold.

The summer months are naturally the hottest, with temperatures peaking in the high 80s. It’s important to pack sunblock to protect your skin and a pair of shades is always useful. Other than that, there is no shortage of sun to go tanning by the beach! If it gets too hot, you can always take a dip in the beach, as it is usually very cool and relaxing. In the winter, the temperatures cool down, especially at night, so pack a sweater or two for those chilly nights.

The weather is slightly different at different parts of the island. On the north Coast is relatively cool with the sea breeze coming in. The temperatures are especially cooler in the mountaneous regions and in the parish of Manchester. However on the East Coast, it is notable that the air is drier and has higher temperatures than anywhere else on the island. This could be due to several factors, like the infrastructure and lack of trees. Well that’s to be expected as that’s where the capital of Jamaica is located. Kingston is the most developed city in Jamaica which has malls and other infrastructures.

Jamaican food is influenced by many different cultures. The national dish is ackee and saltfish, which is a delicious and flavourful dish where codfish fried and mixed together with the ackee fruit.  Jamaican dishes are known for their jerk spices! Any dish can be turned into a spicy delight with that magic sauce.

Many Jamaicans start their day with a heavy breakfast, usually a feast for champions. It almost always includes a staple food of either yams, bananas, dumplings or breads. Breakfast meats can be anything from eggs, chicken, pork, fish, kidney or liver. The list is extensive. They usually have a heavy breakfast and a very light lunch.

Lunch is usually consisted of a snack. Popular snacks would include patties, which have a baked flaky crust and are filled with meats for example minced beef, chicken and vegetables. Of course they are well seasoned to wow your taste buds.  Seasoning is an essential part of every Jamaican, whether herbed or jerk!

At dinner time Jamaicans come together and have a very big dinner. An all-time favourite is White rice cooked with red kidney beans that has been simmered in coconut milk. This is usually served with Fried chicken or any meat of choice.  On Sundays, Jamaicans usually forgo having lunch and have an early Sunday dinner. Rice and peas and fried chicken is an ultimate favourite of the locals.

Other popular dishes that are celebrated by tourists and locals alike are bammy ( made from the staple cassava) with fried fish  and jerk chicken with festival( a rolled and fired dumpling made with cornmeal and flour).  A lot of Jamaicans prepare their dishes on coal fires, which add a rich charcoal smoky flavour to their dishes. Anything could be prepared on a coal fire, from chicken to roasted yams and corn.

If you are a beer fan you will absolutely love Red Stripe Beer. It is a popular drink found in almost every single bar, supermarket, and restaurant in the country. And with good reason… the stuff is absolutely refreshing and delicious; a perfect drink to sip at the beach on warm afternoon.

A lot of drinks are healthy in nature, as most locals blend their juices using local fruit and vegetables. Ginger is a popular drink enhancer, as most locals ass this to give their drinks the wow factor. Jamaicans like their drinks and dishes to have a strong flavour, hence why they stress using a lot of seasonings and flavour additions.

Places to See and Things to do In Jamaica

A country with such a beautiful landscape and rich culture probably has a million things to do. In fact there are hundreds of activities that can be done in Jamaica. I will tell you about some all time favourites, but this list is not extensive and there are plenty of other beautiful spots waiting to be discovered by you adventure seekers.

Dunn’s River Falls, this island gem is located in the flower basket of Jamaica. This is no joke the locals literally call St. Ann, the flower basket of the country.  Dunn’s river falls, is a beautiful cliff that provides a very cool and relaxing activity on a hot summer day. You can swim in the cool waters or even climb the cliff if you’d like. This can definitely provide a thrill for you adventure seekers!  Would you take on the challenge?

The entire town of Falmouth is of cultural significance and is a perfect destination if you want to see remnants of Jamaica’s past dating back to colonial times. The town has been declared a world heritage site by the UN for the main reason that there is no rival in the country when it comes down to architectural beauty. These structures have remained intact for several decades, and several of these infrastructures have been lightly renovated but still maintain most of the original works.

Rose Hall Great House is situated in Montego Bay, Jamaica and there is a lot of suspicion surrounding the story of Annie Palmer, the white witch of Rose Hall. Stories have been passed down by generations about this haunted house and the depravities that occurred there many years ago. It’s a very interesting tale that many have come from far to hear.

Portland is probably the purest and uncontaminated part of the entire island. The air feels cleaner and crisp. Much of the greenery is untouched and there are many rivers, with clear cool water. This is a very peaceful place and is especially ideal for camping. Portland offers a more rustic experience that is more or less off the beaten track.

Only a few spots are mentioned but there is no lack of activities to do. One can do anything ranging from ziplining, snorkelling, windsurfing, bird watching, cliff diving and many more! Don’t hesitate to make the most of your vacation in Jamaica.

The currency in Jamaica has a very high conversion rate. Currently it is 1USD to 116JMD. This conversion fluctuates on a daily basis. US is a readily acceptable currency in the country and is accepted almost anywhere.

In order to make the most of you money and ensure the best conversion rates, it is advised to change your money into local currency. This can be done as soon as you arrive at any of the National Airports or any Cambio or Bank found in the town areas.  Visa cards and Masercards are accepted almost everywhere, and there is access to atms islandwide.

Transportation wise it is very easy to move around in Jamaica as cab costs are very low and there are taxis you can charter to reach any destination in mind. Bear in mind that you should always try to make a reservation in advance for any activity, to ensure that there are vacancies available.

Lastly, when travelling anywhere in the world, especially in the Caribbean, read up on the weather, to ensure that you can have a bright and sunny vacation!

About the author Kadene Buchanan

Kadene is a small town girl from Trelawny, Jamaica, hometown of Usain Bolt. Her love of travelling stemmed from her first trip to another Caribbean island and fell in love with the culture and beautiful landscape of Grand Cayman. From then on, her family would take her on frequent trips to several destinations all over the world. She has always been an avid reader and loves writing about her trips to these exotic destinations. Travel writing is Kadene’s greatest passion along with preparing exotic dishes and collecting authentic souvenirs. She hopes to explore the Eastern side of the world in her future travels and will always keep writing about those experiences!

View all posts by Kadene Buchanan 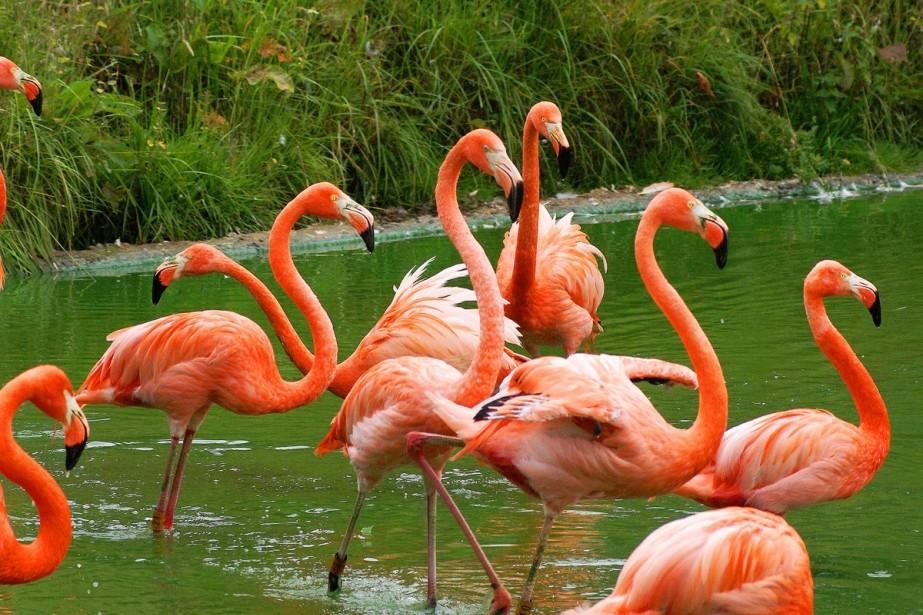 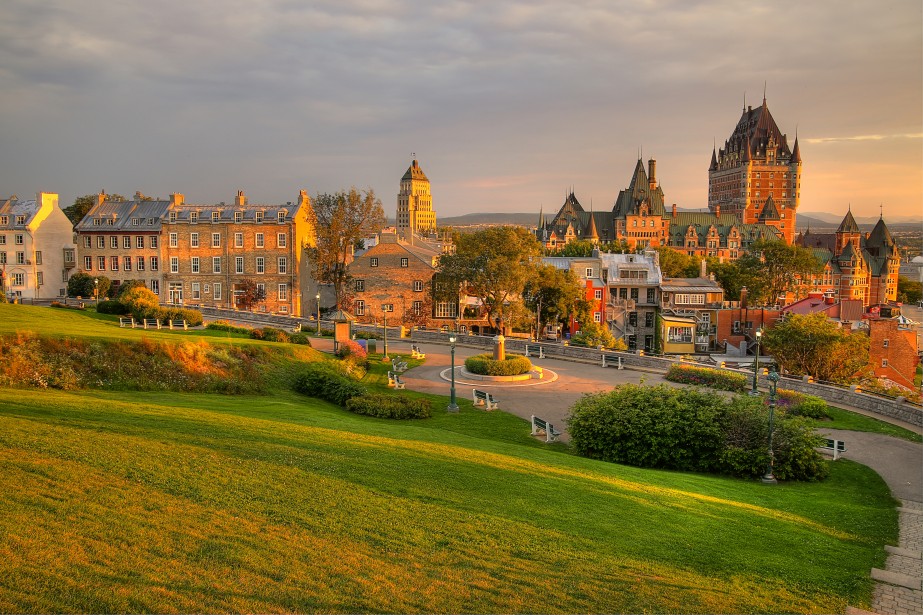 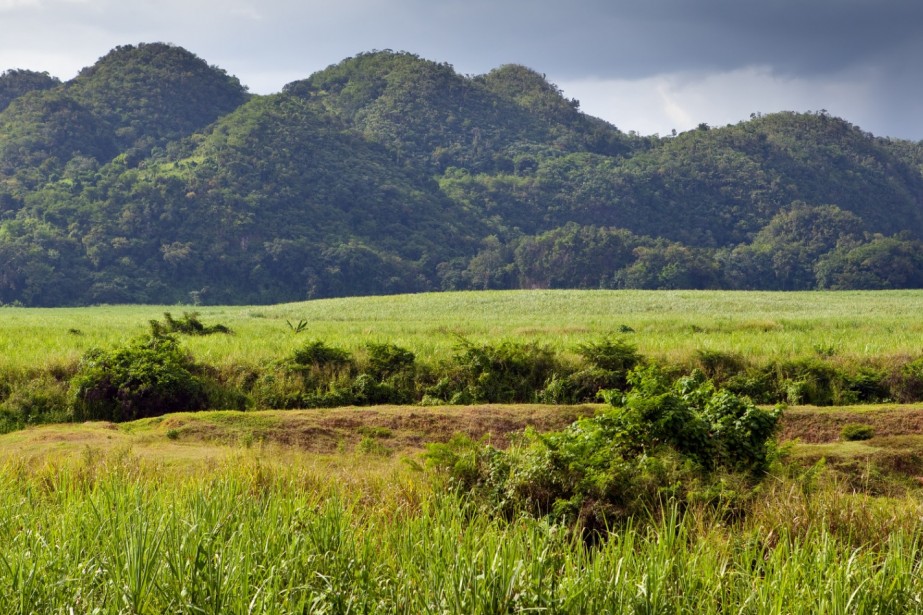